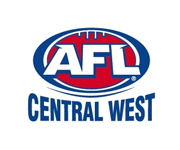 The class of ’21 – AFL Central West Hall of Fame announced 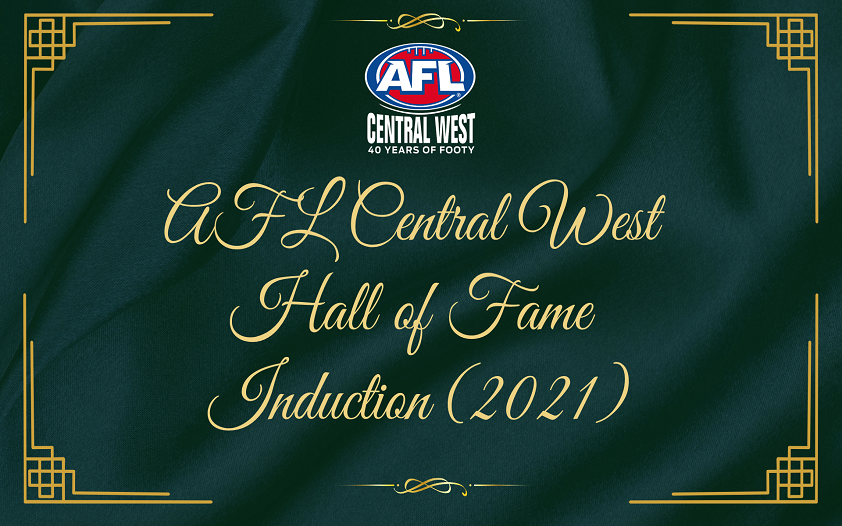 The virtual setting was less than ideal, however AFL Central West pushed on inducting it’s first Hall of Fame class. Friday’s announcement, celebrated via the league’s social media channels symbolised another positive step forward for the league. For forty seasons, the competition had stood firm, yet had only recognised four Life Members for their service to the game. Competition & Development Coordinator Casey White said it was a momentous occasion for the league.

“There have been so many outstanding people that have contributed a great deal to the league, both on and off-field. To be able to acknowledge a selection of these members tonight was incredibly exciting.”

“We would have obviously loved to have celebrated this at a formal presentation function, however that was not an option. I had discussions about postponing until we could host a function, but felt that it is such a great way to conclude the 40 years of footy celebrations, that we simply had to act now.”

White acknowledged the five longstanding servants to the game, when asked about the Hall. “As a player, coach and now administrator I’ve only been with the league for 9 years. But in that time, you see the impact which the likes of Geoff, Tony and Michael have all had on the league.”

“David and Graeme were lesser known to me, however as we celebrate 40-years and I learn more about our history, it’s quite clear that their impact has been significant.”

“All five inductees are fully deserving of their recognition, and I’m excited to see who will be next. There was such a high level of nominations, many with on-field success, others administrative involvement. It will be great to see these people celebrated in due course.”

“The engagement on our social media has been phenomenal. There is so much respect for these people within the AFL Community irrespective of which club they belong to.”

Tony has been a major part of the AFL Central West community since arriving in Bathurst, involved heavily across both club and league. His service to the code, rightfully saw him receive life membership to the league in 2015, and since then, has been a valued delegate for league officials.

Lewis felt proud of the recognition for his involvement. “It’s certainly an honour to be inducted into the Hall of Fame in addition to my life membership. You don’t get involved for the recognition, but I’m proud to have served the league and club in receiving this.”

In 2008 Geoff became the first AFL Central West Life Member, and now fittingly joins the inaugural Hall of Fame class for the competition. The Day name is synonymous with Cowra and AFL Central West football, and Geoff’s contributions to the code can not be understated. Geoff’s 11 years on the league board are the most of any person, and this acknowledgement is a testament to all of his contributions.

Granted AFL Central West life membership in 2009, David was an integral part of the league throughout the 1990’s serving on the league’s board for 10 years. A hardworking individual, David supported the growth of the league and was a main part of where the competition is today. Whilst no longer in the region, David continues to support AFL as a member of the AFL Hunter Central Coast board.

Michael Sloan deservingly joins the aforementioned life members as an inaugural Hall of Fame member. A key member of the Bathurst Eagles premiership side that won five consecutive flags from 1993-1997 as player-coach, Mick’s on-field contribution leaves a lasting legacy. Sloan, now heavily involved at the Giants was a key figure of several league representative teams. His involvement there includes assistant coach of their Women’s side, junior coach through the late 2010’s, and leader of the AFL community in Bathurst.

Sloan was evidently proud of the recognition. “It’s a great honour. It’s just enjoyment and fun, and footy is such an important thing for my family too. You don’t do do these things to be recognised, but it’s really nice when you are.”

“To share this with the other life members and Clemmo (Graeme Clements), people that were involved in the league when I arrived here, it’s a real honour.”

One of the founding fathers of Cowra AFL, the competition wouldn’t be where it is today without the impact of Graeme Clements. A dedicated league committee member, Graeme provided outstanding service to the league from 1986-1994. In addition to the league, Clements served his club for a considerable period, initially as the man behind the inaugural Cowra Blues men’s side, before leading the club as president.

Clements expressed he was “highly delighted” to be acknowledged with induction into the Hall of Fame, yet credited much of this award to Bathurst’s Ian Kingwill. “I’d have probably never been involved in AFL if Ian [Kingwill] hadn’t knocked on my door one day saying he had an AFL side in Bathurst, and asked if I could get one in Cowra for them to play against.”

“If it wasn’t for him, we’d have probably never got a team. I’m a little bit embarrassed, but it is a great honour.”

Congratulations to the five inaugural inductees of the Hall of Fame. The league will aim to induct new nominees each year, with nominations being accepted up until the conclusion of the AFL CW Home & Away season each year. 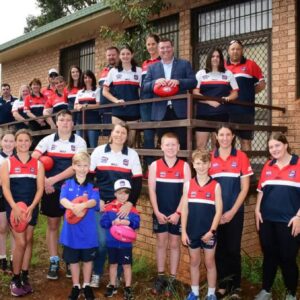 Dubbo to benefit from half a million dollars in government grants

The end of an internship: Ben Neely 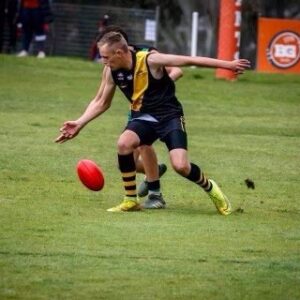 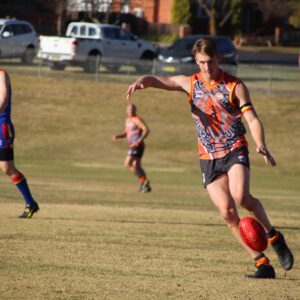